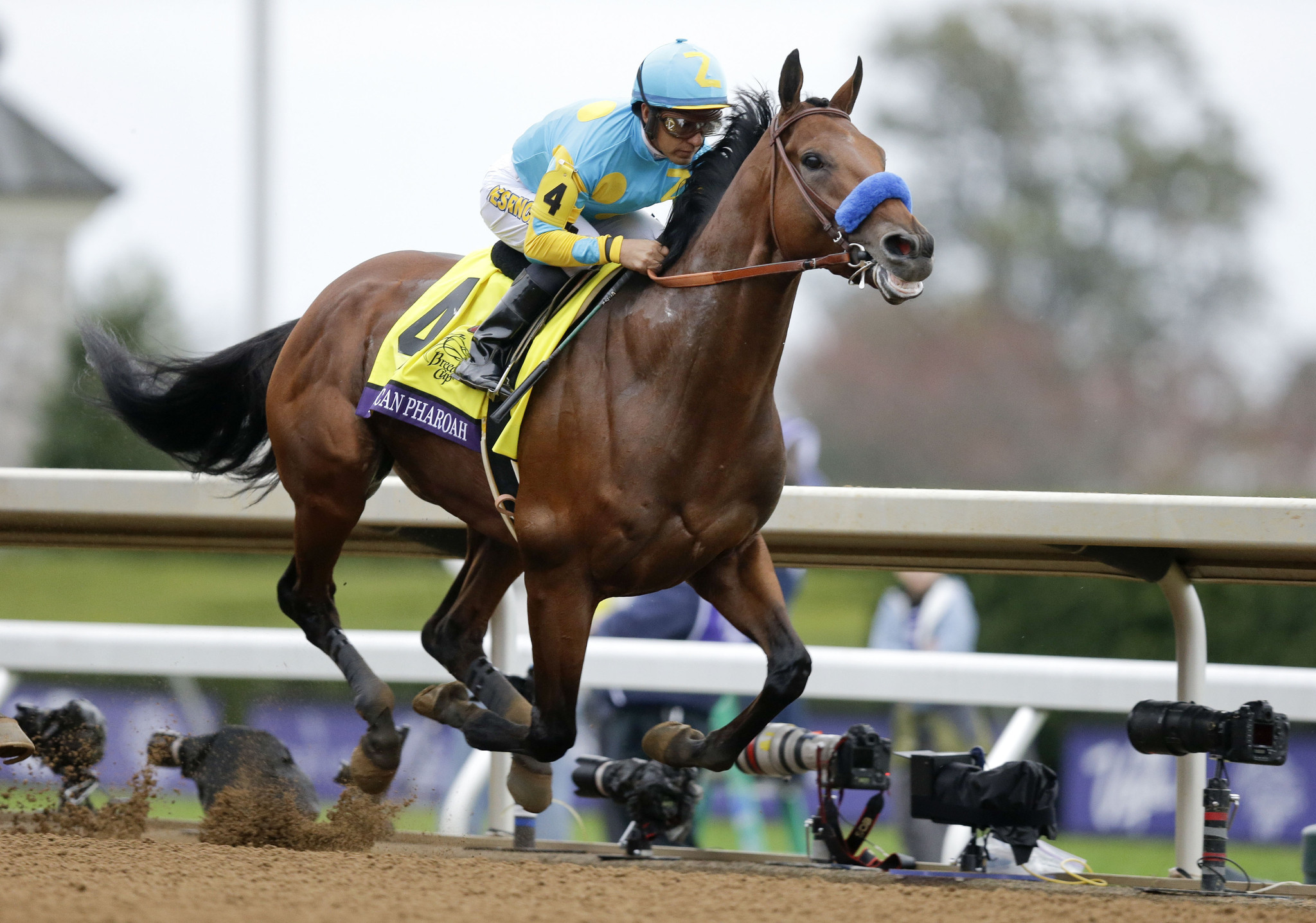 In case you haven’t heard, American Pharoah was not named Sportsperson of the Year by Sports Illustrated… and its wreaked havoc on my life.

On my way to the grocery store this morning, I was nearly killed when a swarm of locusts appeared out of nowhere, blocking the light of the sun and leaving me as blind as the SI editors. What was so annoying (nearly getting killed was just a minor irritant), is that I was only headed to the store because I needed something to drink. For whatever reason, all of our tap water turned crimson red overnight and I wasn’t sure it was safe to consume.

The plumber we called, a perfectly charming gentleman named Ant E. Kreist, said it was the strangest thing he’d ever seen — in between shivers and exclamations about how cold we kept the house (the thermostat is set at 70 degrees; I felt fine).

Now, I know what many of you are thinking — you’re lying Derek; that never happened.

No, seriously, it did. American Pharoah wasn’t named Sportsperson of the Year; Serena Williams was. And, according to what I’ve seen on social media, Armageddon is surely upon us.

After SI made the announcement, the colt’s owners were beside themselves.

Ahmed Zayat tweeted “ROBBED. ROBBED. ROBBED.” And I don’t think he was talking about the price I paid for the bottled water — although it would have been applicable. There’s only one problem: The Grand Slam of Tennis has been around since the mid-1920s, back when a cell phone was a call from the penitentiary.

The Grand Slam of Horseracing was conceived this year, after it was learned that American Pharoah would stay in training following his impressive sweep of the Triple Crown. It is meaningless. Personally, I’d have been more impressed if American Pharoah had won The Great Grand Slam, consisting of the Triple Crown races, the Longacres Mile and a starter allowance race at Charles Town (no such series exists yet, but I’m hopeful).

Look, I’m not trying to denigrate what American Pharoah did. What he accomplished in becoming the first Triple Crown champion in 37 years is historic (incidentally, Sir Barton became a Triple Crown champ retroactively — are you sensing a trend here? — but that’s another story).

However, the criticism — some of it racist and crude — of Williams is completely uncalled for. Furthermore, when fans of a sport with the history of drug violations that our beloved Sport of Kings has deign to call Williams a “cheater” … well, it’s kind of like a Kardashian calling someone a publicity-monger.

First, it foists a silly poll on the public — a poll that American Pharoah topped with 47 percent of the vote — implying that the public had a voice in the final outcome. They didn’t.

Then, SI claims that Williams, who garnered just one percent of the vote, was honored for her career achievements and for “…reasons that hang in the grayer, less comfortable ether, where issues such as race and femininity collide with the games…”

A) Unless I’m reading it wrong, it’s Sportsperson of the Year. If it was meant to be a career award, I think Caitlyn Jenner should have won to complete the Athletes-Who-Haven’t-Competed-in-40-Years-Winning-an-Award Slam.

B) When you use the word “ether” in your explanation as to why a particular athlete is deserving of your stupid award, you need to be reminded that your magazine is now better known for Kate Upton’s bust than any bust in Canton. SI still boasts some of the finest sportswriters in the country, but it is about as relevant to most sports fans as a keg of O’Doul’s at a frat party.

How has American Pharoah NOT being named Sportsperson of the Year Affected Your Life?
Tweet Pin It